FROM VENICE: PROMOTED AND ENJOYED IN THE WEEK OF THE BIENNALE ARCHITETTURA

Redazione, ArtsLife, May 23, 2021
Open a larger version of the following image in a popup:
© ACP - Palazzo Franchetti | "Massimo Campigli and the Etruscans. A pagan happiness", 2021
Share

THE CLIMATE STILL WEIGHTED BY ANTI-COVID MEASURES DOES NOT TAKE THE WINGS IN VENICE, WHICH PRESENTS ITSELF FOR THE PAINTING OF THE BIENNALE ARCHITETTURA WITH MANY EVENTS. HERE ARE THE REPORT CARDS OF OUR EDITORIAL.

International exhibition. Despite - or perhaps because of that? - syncopated times and organizational difficulties due to pandemic contingency, Hashim Sarkis manages to create one of the most effective Architecture Exhibitions of recent years. Without going into the merits of the individual projects presented, the project manages to touch the strings of the observer on the notes chosen as guidelines. From the climate crisis to the massive displacements of populations, to social and economic inequalities. Effective and pragmatic.

Belgium Pavilion. A single idea, a single message, a single proposal. Clear, immediate, recognizable. The one that requires a presence like that at a dispersive and overabundant event like a great Biennale (an approach that is also well followed by other countries, by the USA and Israel). Here the protagonist is the informal city in Flanders, which we could redefine in the “ideal city”: it takes urban pieces from different contexts and reassembles them in a virtuous fabric. By transforming environmental contrasts, temporal stratifications and geo-social dissonances into strengths. In “source of energy for contemporary architectural production”.

Campigli and the Etruscans at Palazzo Franchetti. On paper, a utopia. Transporting precious, bulky and very delicate Etruscan finds to Venice. To build a magical encounter with the art of Massimo Campigli, notoriously struck by the knowledge of the Etruscan people after a visit to the Museum of Villa Giulia in 1928. The result is one of those exhibitions of rare intensity, a symphonic triumph of elements that converge to create visual and perceptual harmony. Unmissable.

De Biasi at the Tre Oci. A great photography exhibition, perhaps the only one in Venice now. A large and heterogeneous exhibition to be savored slowly. After many postponements (finally) Casa dei Tre Oci in Giudecca has opened Mario De Biasi. Photographs 1947-2003: the most important retrospective dedicated to the author ever made until now. A total of 256 shots, for the most part unpublished, which retrace the historical and spiritual path of one of the greatest photographers of our time.

Palaces returned. Venice turns 1600 and tomorrow (May 24) will celebrate the opening to the public of the precious sixteenth-century Palazzo Vendramin Grimani, overlooking the Grand Canal. Extremely fresh from the restoration, it winds through an exhibition itinerary that tells the story of the building and the families who lived there. The building was acquired and restored thanks to the intervention of a private fund in order to return it to its centuries-old vocation as a place of culture.

Italy Pavilion. We are sorry to play the part of those who criticize their own resources, but unfortunately it is really inevitable. It is difficult to save even one aspect of the Italian proposal. The initial concept was wrong, with a set of themes that could only weaken the overall proposal. Wrong set-ups, oppressive and almost suffocating. Communication methods are wrong, with bombardments of information of every medium, of every color, of every dimension. It is impossible to distill logistics, with thematic areas that "pollute" each other, preventing the observer from focusing on the proposed themes. Note (demerit) on the sidelines: why close the pavilion for over three hours in just two days of preview, for an unidentified "private event", preventing many busy visitors from seeing it?

Georg Baselitz (bilocato). If indeed, as we have already had the opportunity to observe, Venice could not do without new tributes to Georg Baselitz, already canonized in the lagoon by the great exhibition of 2019 at the Gallerie dell'Accademia, the two exhibitions that see him as protagonist leave some halo of bitterness. Nothing to note about the quality of the works, nor about the wonderful locations that exhibit them (Palazzo Grimani and the Vedova Foundation). But it is highly indigestible to note that in similar cases the exhibition policies of important spaces are strongly influenced, not to say guided, by the two powerful art galleries that sponsor the two exhibitions (Gagosian and Ropac). 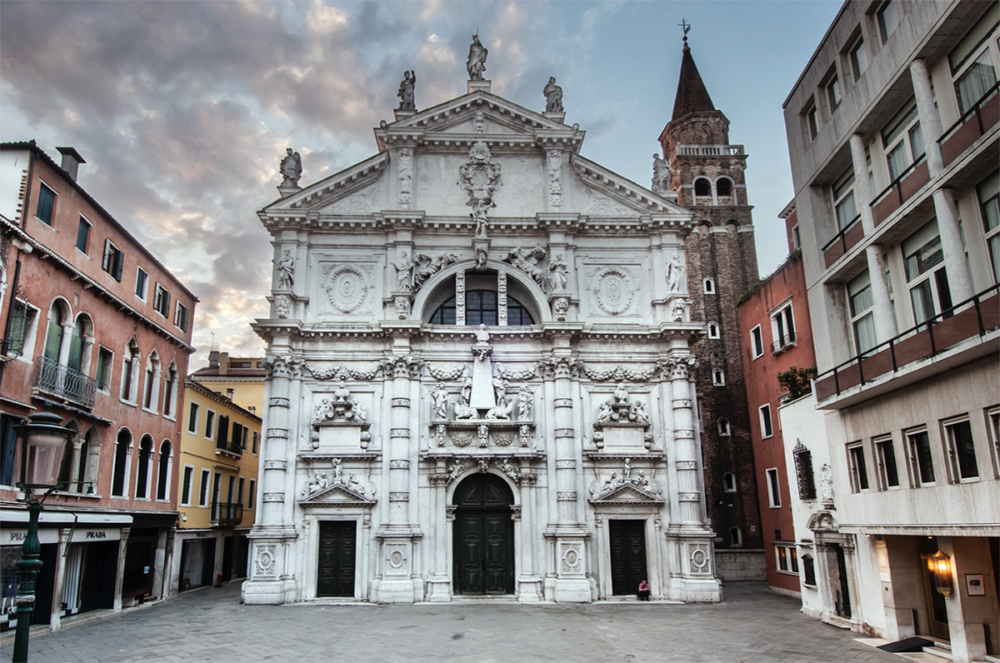 Closed churches. Unknown hours, confused openings, in fits and starts. Dissolving the crossings in the Biennale or the tours around the city between appointments and inaugurations by gathering in contemplation in the myriad churches that populate Venice is a ritual and a necessity for the brain. This year, due to Covid or something unknown to us, it was hard to access the sacred soils to enjoy Tintoretto, Veronese, Bellini, Tiziano, Tiepolo and company. A shame.